Piero Gilardi was an influential figure in the development of Arte Povera (poor art) in Italy in the late 1960s centred in Turin – a movement that still influences art today. From the outset, he was concerned with creating social relations through art. Collaborative Effects tracks Gilardi’s approach to collaboration within and outside the art world over a 22-year period from 1963 to 1985 through his interactive sculptures and his creative work with social and political movements. It brings both these stories up-to-date through the inclusion of recent sculptures and work relating to anti-austerity and environmental campaigns in Italy. Collaborative Effects reveals the significant role Gilardi played in the development of the Italian and international avant garde of the late 1960s and 70s. It also reveals him as an important precursor of participatory and socially-engaged art practices today.

The exhibition begins with Gilardi’s early sculpture – interactive sculptures based on natural motifs, including his celebrated Nature Carpets. Gilardi’s Nature Carpets are highly colourful, realistic sculptures of slices of nature made from carved and painted foam. A large number of these are included in the exhibition. Gilardi encouraged people to use them – to lie on them, picnic on them, and carpet their homes with them. Other early sculptures were designed to be worn as clothing. These sculptures are now too delicate to be physically engaged with but visitors are invited to interact with a few similar recent works in the exhibition – a rocky mound with interior lights and a lifesize jigsaw puzzle of a flower-bed.

Gilardi was always the most politically engaged artist of the Arte Povera scene. In the late 60s, at a time of great political turmoil in Italy, he left the art world altogether, becoming a “creative facilitator” of street theatre and demonstrations for a range of radical causes – workers’ revolution, the antipsychiatry movement, radical youth groups, and the rights of indigenous people around the world. This work took the form of making sculptural props and choreographing actions, practices he continues to this day. Often based on satirical cartoons, Gilardi’s agit prop objects, like his sculptures, are executed in his favourite medium: carved and painted foam.

The exhibition is in partnership with Castello di Rivoli in Turin and Van Abbemuseum in Eindhoven. 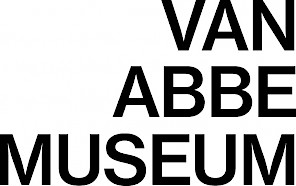