Mélanie Matranga's films, installations and sculptures are at once intimate and elegiac. Her work asks fraught and timely questions about images and memory, privacy and proximity. Titled 0, 1, 2, 3, 4, this is the French artist's first institutional solo show in the UK, and all of the works here were made over the last year. At a time when we have become accustomed to confinement and isolation, 0, 1, 2, 3, 4 offers a sensitive reflection on how we see ourselves as individuals, and on the social fabric that binds us together.

Matranga has, for a number of years, been preoccupied with the gap between intimacy and feeling alone, together. Fundamental to this exhibition is the way in which the private can become public. Divided into a series of rooms, 0, 1, 2, 3, 4 begins with a purpose-built kitchen – a domestic space dressed with flowers and fruit that are left to decay over the course of the exhibition. This leads on to Matranga’s most ambitious moving-image work to date, People (2021), a 25-minute black and white film. Shot in the artist’s own apartment, a space which recurs throughout the exhibition as well as in her previous works, People follows individuals from the artist’s own life, playing ‘themselves’ in front of the camera. Contrasting moments of isolation and togetherness draw out feelings of dependency, angst and pain, both real and imagined. As with all of Matranga’s films, she resists a singular reading of intimacy, instead preferring to play with the poetics of pleasure and plurality.

Thoughts, gestures and words are often at odds with one another, as gaps emerge between what’s seen and what’s said. The intensity and limitations of language are implied, bodies communicating when words do not suffice. The camera wanders, looping through and around the film’s different rooms and characters. Tight voyeuristic shots blur body and language, picking at the binaries of subject/object and matter/mind.

Beyond the film, sculptural works – assemblages, domestic panoramas and a maquette of where the artist lives and works – present worlds within worlds. The spaces are haunted by personal objects including clothes and bedding, while hand stitched words and numbers echo throughout. Roughly plastered walls and visible cabling suggest that this is a space in construction, unpolished and unresolved.

People (2021) includes nudity and sexual acts. Under 18s are not permitted to view this work, and visitors may be asked to produce ID. 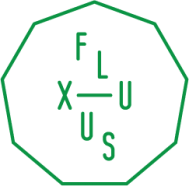 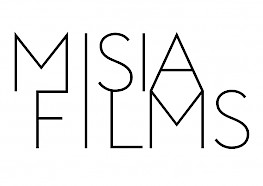