This major survey of the Guadeloupe-born French artist Jimmy Robert (b.1975) brings together sculpture, installation, film, works on paper and performance in the largest-ever presentation of Robert’s work in the UK.

The exhibition explores emergent themes in Robert’s work, including performance and gesture, the politics of spectatorship, appropriation, and the personal and political body, along with their racialised and gendered readings. By drawing together work from 2002 to the present day, the exhibition will bring into focus the intertextuality that has shaped Robert’s work through the myriad quotations and allusions that he deploys. From American choreographer Yvonne Rainer to the Suriname-born Dutch conceptualist Stanley Brouwn, these references act as points of critical departure, which are complicated through shifts in context to create a layered set of reflections, mirrored across time, place and identities.

The notion of reflections and mirrors can also be read through Robert’s engagement with questions of the gaze and desire, of visibility and invisibility. At times, Robert borrows from art-historical instances where black bodies have been fetishized but, more often, his own body provides a point of focus. Many of the films and performances featured in the exhibition, including Joie Noire (2019) as well as earlier Super-8 films such as Brown Leatherette (2002), implicate the body as a vehicle of language, positing it as a site of interference and resistance. Conceptualism meets sensuality in such works, where slippages between image and language, object and image, and materiality and representation are constantly being enacted.

Key to this presentation is the UK premiere and tour of Robert’s most recent performance, Joie Noire, which investigates the worlds of disco and death, opening up a critical meditation on the legacy of the 1980s in relation to AIDS, activism, gender and race. It examines bodies in the context of nightclub history and asks: What is the nature of a body’s visibility? What is the role of desire? What and who remains when the party is over? Robert, together with dancer Courtney Henry, act as guides through the performance space, which is reimagined as a space where rhythm and sensuality can emerge. Through their gestures, actions and speech, they remix and restage an array of references from the 1970s to the present day: from histories of women in AIDS activism to contemporary reflections on club culture.

The UK-wide tour of Joie Noire will be presented in partnership with the Hunterian Art Gallery, University of Glasgow, as part of Glasgow International Festival, and with London’s leading performance art festival, Block Universe, in May 2020. 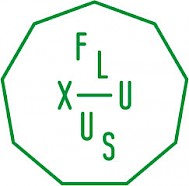