Nottingham Contemporary presents Hollow Earth: Art, Caves and The Subterranean Imaginary, a major thematic exhibition which brings together a wide range of responses to the image and idea of the cave. It includes painting, photography, sculpture, sound, installation and video, as well as archives and architectural models, stretching from 1960 to today, alongside works from the 18th and 19th centuries.

Beneath Nottingham are over 800 caves, hand-carved into the sandstone bedrock. For centuries, they have played host to dwellings, mines, cellars and tanneries. Inspired by this subterranean city, Hollow Earth brings together 150 works by more than 50 artists to explore questions of thresholds, darkness and prehistory.

Every culture and religion has told stories about what lies beneath. Caves are where extraordinary events come to pass, the domain of gods and monsters, of births, burial and rebirth. Dark, dangerous and unstable, caves are places of visions and experiences both sacred and profane. More recently, they have become home to data farms, seed vaults and doomsday bunkers.

For thousands of years, these portals to the deep past have captivated artists. Some even argue that the cave was the earliest studio and the first museum. Following 19th-century discoveries of rock paintings, caves have been imagined as spaces of revelation, providing clues to the origin of our collective impulse to produce images. After World War II, artists came to associate the cave with the primordial creative space, a bunker-like refuge from the atomic era. Today, in an age of ecological breakdown, caves are portals to both the deep past and troubled futures, places where species and time intermingle.

Mapping specific sites and imaginary underworlds, Hollow Earth considers what draws us to the subterranean. The exhibition is divided into five sections, and echoes the journey into a cave, starting at the threshold and ending in the depths. Organised in collaboration with Hayward Gallery Touring, the exhibition features major works by René Magritte, Santu Mofokeng, Kaari Upson, Jeff Wall and Aubrey Williams, as well as new commissions from Sofia Borges, Emma McCormick-Goodhart, Goshka Macuga, Lydia Ourahmane and Liv Preston. In 2023, the exhibition will tour to The Glucksman in Cork and to RAMM in Exeter.

Hollow Earth: Art, Caves and the Subterranean Imaginary is a Hayward Gallery Touring exhibition, developed in partnership with Nottingham Contemporary and in collaboration with Glucksman, Cork and RAMM, Exeter.

This exhibition is generously supported by the Centre for the GeoHumanities, Royal Holloway, University of London, as part of a project that has received funding from the European Research Council (ERC) under the European Union’s Horizon 2020 research and innovation programme (Grant agreement No. 863944 THINK DEEP) and the Leverhulme Trust through the Phillip Leverhulme Prize. 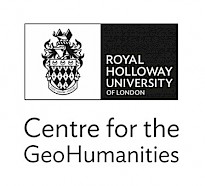 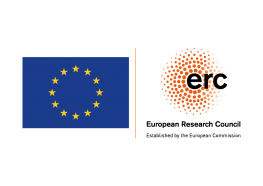