Frances Stark: But what of Frances Stark, standing by itself, a naked name, bare as a ghost to whom one would like to lend a sheet?

Frances Stark is one of the most intriguing artists to have emerged from the vibrant Los Angeles art scene in the last two decades. Visually her stylish collages are reduced to a minimum, yet they reveal rich areas of thought.

Writing, used visually, has always been central to her work. The words are rarely her own. Instead she lifts them from a wide range of literary sources – the American poet Emily Dickinson is a particular favourite. Somehow the words of others reveal her own thought processes.

The exhibition starts in 2001, when visual imagery becomes part of her collages – beginning with birds, which seem to hop amongst the texts as if playing the role of their author - or the reader. Since then these pictures have played an increasing role in her work, to the point where language drops away altogether. Peacocks exhibit their extravagant tail feathers. Chorus girls take the stage or wait, self-consciously in the wings. The women in her art resemble Frances herself.

For Stark, art is not a pure activity, divorced from life’s other obligations. In this she plays with sexual politics, by turns elegantly domestic and affectionately self-critical. Her work follows creative thought processes, with all their many mundane distractions – whether cats, children or financial.

For, as the recurring signs in her collages make clear, making and showing her art and its processes is a kind of performance. It involves a journey from the private realm of her thoughts, her home and her studio, to a realm where it is anxiously placed before the public.

For our exhibition Frances Stark has made a number of new works, including some magnificent kimono costumes.

Frances Stark: But what of Frances Stark, standing by itself, a naked name, bare as a ghost to whom one would like to lend a sheet? 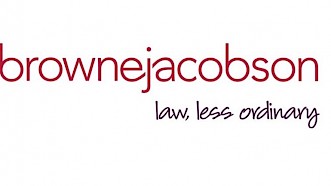