Book Launch: The Boy with the Perpetual Nervousness

Launch of the new book by local writer Graham Caveney ‘The Boy with the Perpetual Nervousness: A Memoir of an Adolescence’, published by Pan Macmillan.

Graham Caveney was born in 1964 in Accrington: a town in the north of England, formerly known for its cotton mills, now mainly for its football team. Armed with his generic Northern accent and a record collection including the likes of the Buzzcocks and Joy Division, Caveney spent a portion of his youth pretending he was from Manchester. That is, until confronted by someone from Manchester (or anyone who had been to Manchester or anyone who knew anything at all about Manchester) at which point he would give up and admit the truth.

In The Boy with the Perpetual Nervousness, Caveney describes growing up as a member of the 'Respectable Working Class'. From aspiring altar boy to Kafka-quoting adolescent, his is the story of a teenage boy's obsession with music, a love affair with books, and how he eventually used them to plot his way out of his home town. But this is also a story of abuse.

For his parents, education was a golden ticket: a way for their son to go to university, to do better than they did, but for Graham, this awakening came with a very significant condition attached. For years Graham's headteacher, a Catholic priest, was his greatest mentor, but he was also his abuser.

As an adult, Graham Caveney is still struggling to understand what happened to him, and he writes about the experience - all of it - and its painful aftermath with a raw, unflinching honesty. By turns, angry, despairing, insightful, always acutely written and often shockingly funny, The Boy with the Perpetual Nervousness is an astonishing memoir, startling in its originality.

In collaboration with Five Leaves Bookshop.

Graham Caveney is a freelance writer based in Nottingham. He has written on music and fiction for the NME, The Face and the Independent. He is the author of two previous books, on William Burroughs and Allen Ginsberg.

Book Launch: The Boy with the Perpetual Nervousness 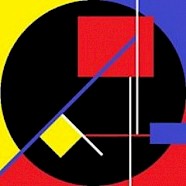